The Husband (TH) worked in Aviation Network Planning and I trusted him blindly with our travel plans. However 2016 began with TH losing his mind and planning our travel like never before. Check out our travel circuit:

Can you believe that last leg of journey?? I couldn’t believe it either… But then he made some faces and threw some Frequent Flier miles at me to convince me how we are doing it cheap etc. So here we were, doing the weirdest travel circuit. Now I won’t trust him blindly about our travel plans and Network planning.

But in spite of his off the rocker itinerary, I quite enjoy Delhi in winter and this was our chance to hog the winter special food in Delhi, and so, from the moment we landed in Delhi, our food quest began with a bang. However, this time around we had a strategy about how we would cram in more in limited time as well as stomach capacity. We call it “Gourmet eating”-Little bit of everything.

First one on our list was Khan Chacha in Khan Market and I had the best Mutton Kakori kebabs; even better than Karim’s near IIT if I may say so.. Chicken seekh kebab and biryani were good as well. That was our light lunch on Day 1. From there we proceeded to explore the famous bakeries and cake shops in Khan Market and stumbled upon “The Artful Baker”. Serendipitously, I had read about the Baker just a day earlier on the FB page of Rocky Singh Homp [of Rocky And Mayur/Highway on my plate] and his recommendation of “Monte Cristo”. Thankfully that was available and we did buy 1 piece of that rich chocolate-y stuff. It was very good and as the guy on the counter pointed out it’s their signature pastry/cake/dessert. It cost a bomb but then it was in Khan Market! Things have price and they have value.. this one had Shop rent adjusted in its price!

Then after a quick nap in the afternoon, it was time to catch up with a friend at Delhi Haat. And just because we were there, we thought of trying Bihari food in one of those regional outlets. I wonder why Bihari food is not promoted as a separate type. It’s rustic, wholesome and very tasty. We had Litti-Chokha as that was on our “To Eat” list for a very long time. It came with accompaniments of Baingan Bharta, Dal, Raita and Chutneys. Everything was super tasty and had super delicious smell and taste of the Mitti Chulha.

From Delhi Haat, we proceeded to our favourite hang out place-CP. And while strolling through the blocks of CP, we stumbled upon Nando’s and it read African food. TH and I being the foodie version of “Do Badan Ek Jaan”, both just had to nod at each other to agree to explore Nando’s. It was a cool experience with very tasty food but the quantity served was shameful by Delhi [or for that matter North Indian] standard. Of all the things I love about North India in general and Delhi in particular, the Dildaar attitude of people especially in terms of food tops the list. They are quite unlike us Maharashtrians who serve miserly portions. And I am not talking about prices alone. Delhi can have as many hip and up market joints, but so far I have observed that a Dhaba or a Restaurant will not serve you diet portions. They will make sure you get more than you can even force yourself to eat. Nando’s was a sad exception to that Dildaari. I hope it was just one off incident/place and that trend does not catch up with general public. 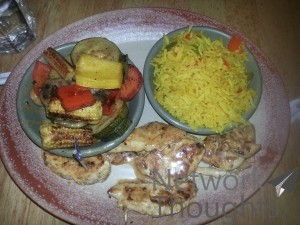 Day 2 began with a small and survival-only breakfast at the hotel and off we went to our all time favourite Chandani Chowk. Sadly that place is getting filthier by the day and add to that the strike of MCD workers and you have roads overflowing with garbage and no place to walk. But then Delhi happens once in year so we had to brave the filth and enter the unmarked bylanes of Chandani Chowk in quest for Daulat ki Chaat a.k.a Malaiyyo. Thankfully TH has amazing road sense and can operate without Google Maps in Chandani Chowk!! He is a superhuman. So we walked out of Chandani Chowk Metro Station through some really really thin lanes; which made me realize that I can never grow fatter [than I already am] if I have to keep coming to Chandani Chowk for food ! What an Irony

It was a Sunday and so thankfully almost all the cloth and acessory stores were closed resulting in hardly any shoppers thereby leaving some room to move around. We headed towards the Paranthewali gali in search of our Daulat ki Chaat. Our research had told us that it is prepared overnight / in the wee hours of morning and only available till 10/1030AM. So we were on a mission to find it before it evaporated in the sun. Ameya’s map showed him that the original Daulat ki Chaat fellow stands in particularly nasty lane after paranthewali gali. So we went through the smell and tadka of fresh parathas and their accompaniments with a resolve to not get diverted. There was one fellow standing right in the Paranthewali Gali selling the oh-so-luscious Daulat ki Chaat but we even ignored him cuz we wanted the ORIGINAL Daulat, whom we never found. Lesson here is – do not trust Google/Google Maps to find you the authentic guy. You have to ask the locals to understand the ground reality. The locals pointed us back to Paranthewali Gali and we were back to the first guy we saw with Daulat Ki Chaat. One small katori costs Rs. 50/- which is high by Delhi Street Food standards. I and TH were not very convinced with the look of it so we decided to share one katori. That’s the worst mistake ever made! Because it was HEAVEN !!! That supremely crafted mixture of milk/milk froth, sugar and dry fruit powder was out of this world. It defines the expression “melt in you mouth good”. So all of you out there, who are not bothered about hygiene, you must try Daulat ki Chaat/Malaiyyo. After we had devoured that one portion Malaiyyo we had to eat at least 1 or 2 parathas just coz we were in its den. So we gorged on Paneer and Aloo Paratha along with aloo sabjee, mint chutney etc. at Pandit Gayaprasad Shivcharan Paranthewala. That guy practically deep fries the parantha in ghee and does not roast it on Tavaa. Frankly, even though the taste was good, I was put off with all that ghee. Once we were out of Paranthewali Gali, we stood looking at our regular Haldiram store. We decided to just have a look at their spread before heading back to hotel and to our collective surprise they had that ONE thing which makes us drool even in our dreams ! The Malai-Chop.. so how could we not eat it! But again we stuck to our resolution and shared just one Malai chop. 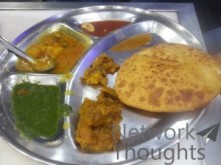 Well I understand that Day 2 description is getting quite long! But I have hardly covered our morning so far

After that morning’s ultra rasta-chhaap brunch, we decided to forego our lunch and waited till evening for the best part of our Delhi trip – Karim’s .

We visited the Karim’s near IIT Delhi along with a few friends of TH. That is the ideal way to go to such places so that you can order truckload of food without wasting much.

Karim’s menu at IIT Delhi seemed to be quite elaborate than its original outlet near Jaama Masjid. There is absolutely no need to put popular and mundane items on the menu. Karim’s can and should stick to its strengths and serve its own delicacies. Rest all is a sham! Our Delhi friends were equally enthusiastic about food, so we ordered a lot of variety. But the showstopper was Murg Mussalam and Sheer Maal ! I still get crazy cravings for that food combo and we have even tried it at Pune. But nothing beats that in Karim’s. I am sure one of these days, I am going to drag TH to Delhi for that meal alone. We also had mutton kebabs, Nalli Nihari [a must have] some vegetarian items for one of our friends and everything was delicious. I salute the friend who stayed true to her vegetarianism amongst all this sublime food! I have thought about turning a vegan so many times. That thought comes with an expiry date which is always lurking around the corner. A whiff of anything non-veg and that depressing thought is outta window

This Karim’s visit is worth all the bad network-planning by TH ! Long Live Karim’s and TH

By the time we woke up on Monday morning, we had realized our biggest mistake; that of sharing ONE Daulat ki Chaat between the two of us. So, Day 3 was a repeat visit to Chandani Chowk ! Some Malaiyyo, some Jalebi from the Jalebiwala, some Dahi-Bhalla at NATRAJ and some Chhole- Bhature was our modest brunch-cum-lunch. Later we had plans of having a late lunch at Hauz Khas Village but we settled for some yummy schezwan momos and Thukpa. I wanted to shop a little this time around. But all that food made me forget other life goals J The evening was pre-planned to be with a friend from Pune and the venue was Gulati at Pandara Road. This is another of favourite restaurants in Delhi- quite costly but worth every penny. Pune restaurants should send its staff to Delhi just to learn basic customer care. The staff at Gulati is very warm and also knows not to go overboard with their over-the-top service or “happy to help you” attitude. It is such a rarity these days! Our friend had made our menu selection simpler by being obsessed with Butter Chicken, so we ordered Paneer Malai Tikka – blissful stuff and Lassi. The main course was Murg Makhani, Black Dal with Khasta Roti and Lachhedar paratha. Though it sounds like normal quantity food; in Delhi this has the potential to stuff you to the brim. The portions are inhuman and I love it

so there we were, striking food joints off our list and wiping our plates clean. 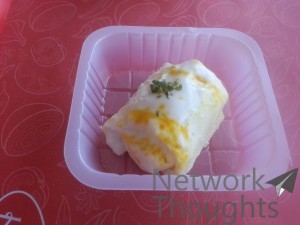 Day 4 was to be a short trip to Gurgaon – again ONLY for food. We have made it a ritual to visit Gurgaon Haldiram at least once in every trip. We had our flight back to Pune in the evening, so we just made a quick dash to Gurgaon post breakfast to pick up some mouth watering sweets for the family back home and had Chhole Chawal – simple hearty meal which I love. That’s that for 4 days of Delhi Food Chronicle 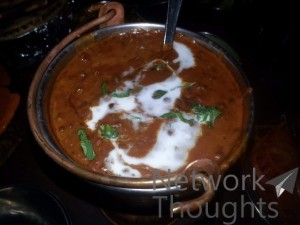 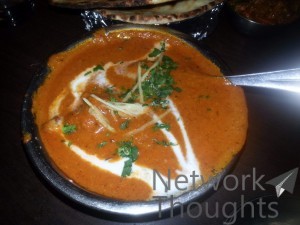